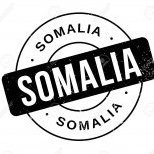 PROOF: That PM Kheyre and President Farmaajo sold Qalbi-Dhagax for political support from the Ethiopia regime!