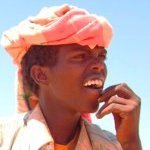 Juxaa says it better than anyone. It is time to stop paying MPs money to elect leaders