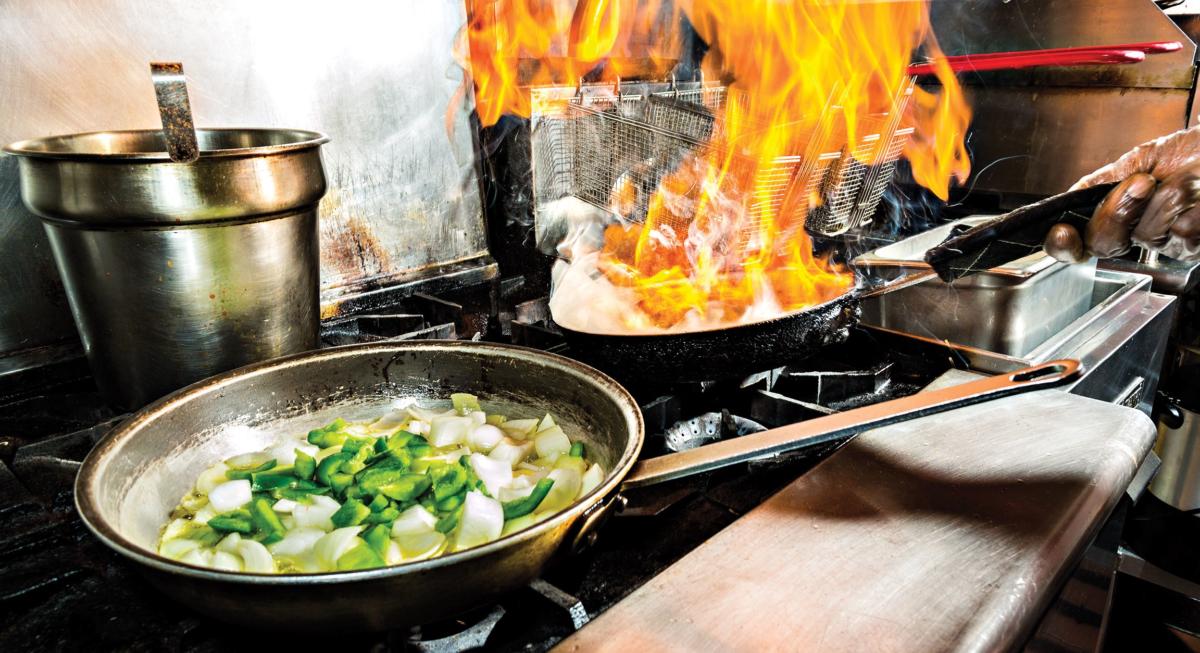 In the nineteen-nineties, the late, great writer Denis Johnson once followed a group of Somalis across the border from Ethiopia and into the heart of their turbulent country. One of the images that endures from the piece he wrote afterward is of Somali food—“chunks of goat and spaghetti”—and of his narrator being taught “how to eat pasta the Somali way, without utensils, taking a shock of it in his right hand, turning it this way and that and gathering the long strands up into his palm, and then shoving it into his face.” At Safari, which claims to be New York’s only Somali restaurant, utensils are provided, and the goat and the pasta, which tastes like carbonara without the bacon, are so good that it’s hard to resist wolfing them down. 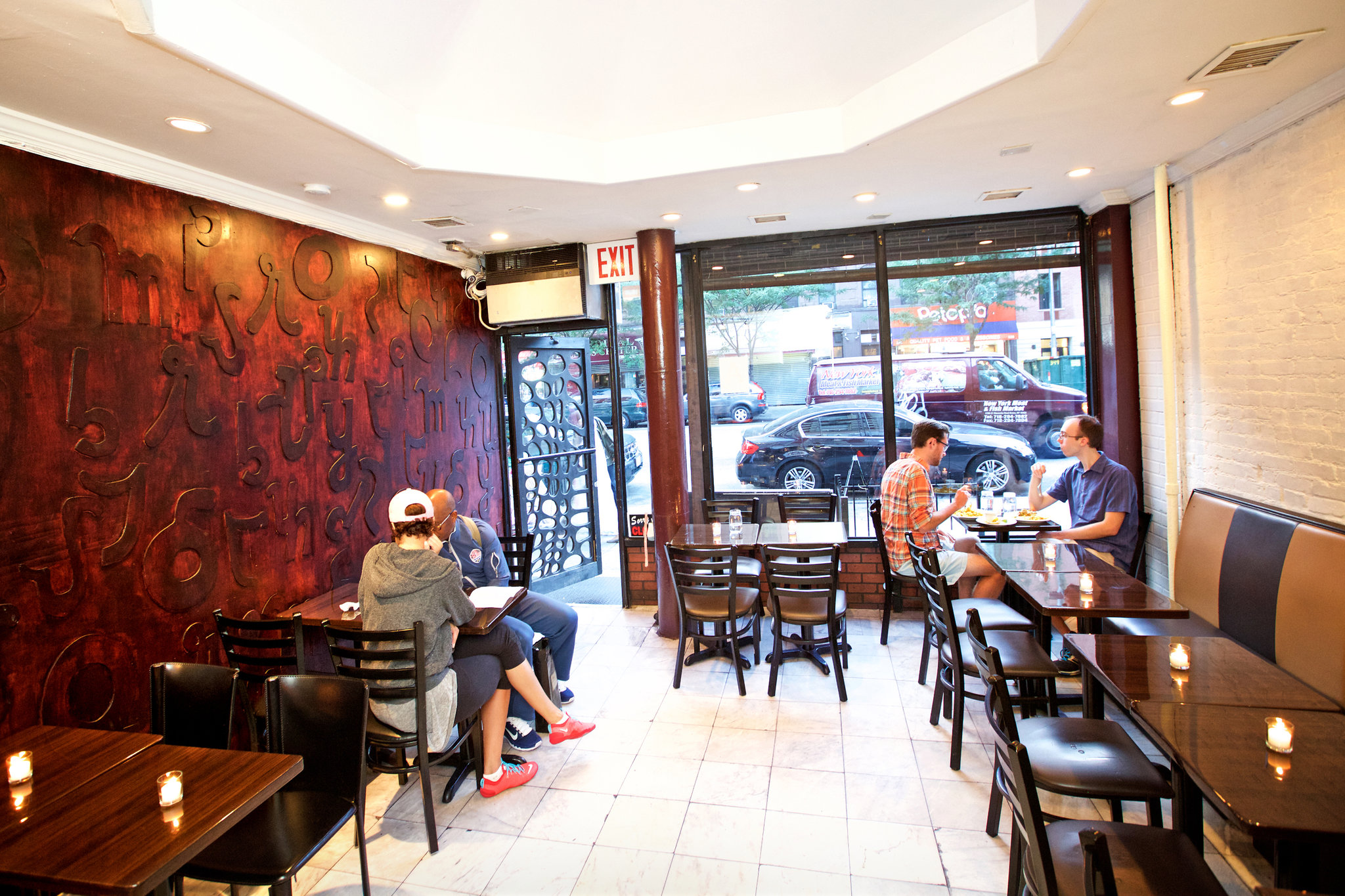 Any dinner here should begin with sambusas, fried pastry triangles filled with beef, chicken, or vegetables that tingle with spices and are served with a kryptonite-green sauce called bizbaz. Extra bizbaz—which is mildly spicy, tastes of lime, coriander, and chili, and is utterly delicious—is a must. 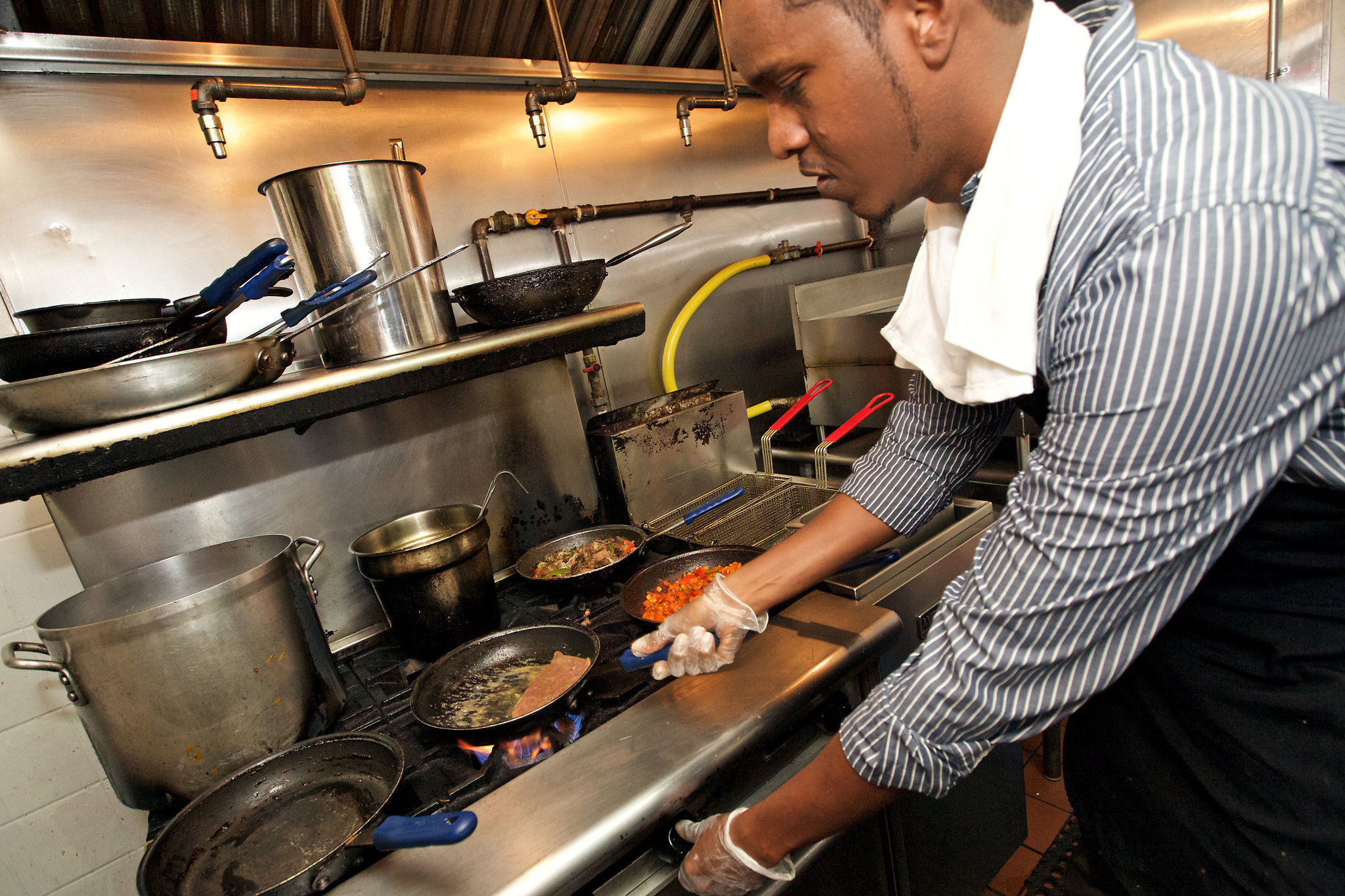 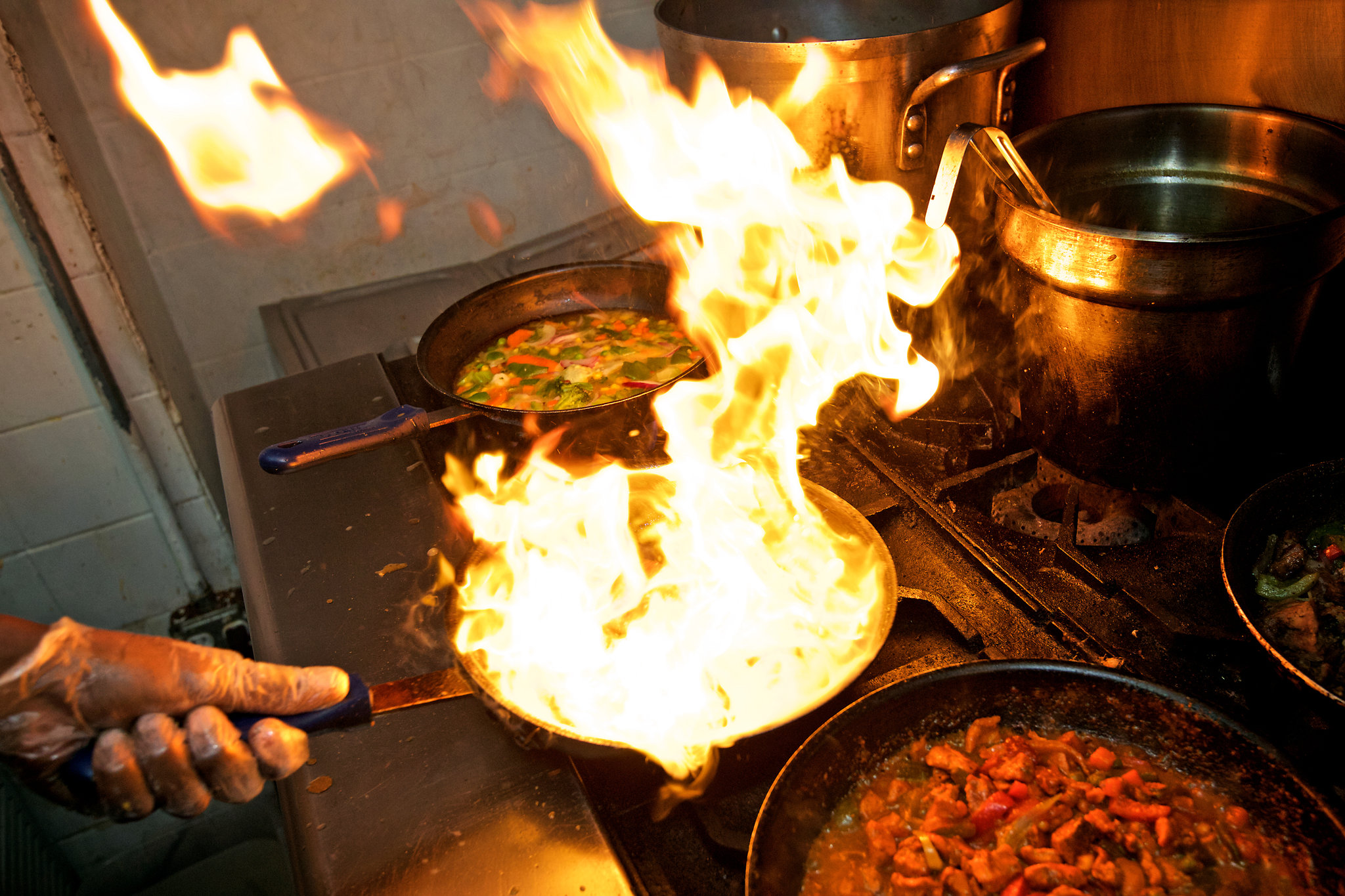 A good, but filling, sharing option among the starters is sabaayad, a piece of flatbread piled high with freshly roasted vegetables tossed in cilantro aioli. To drink, order a fiimto, which balances sugary sweetness with acrid hibiscus. 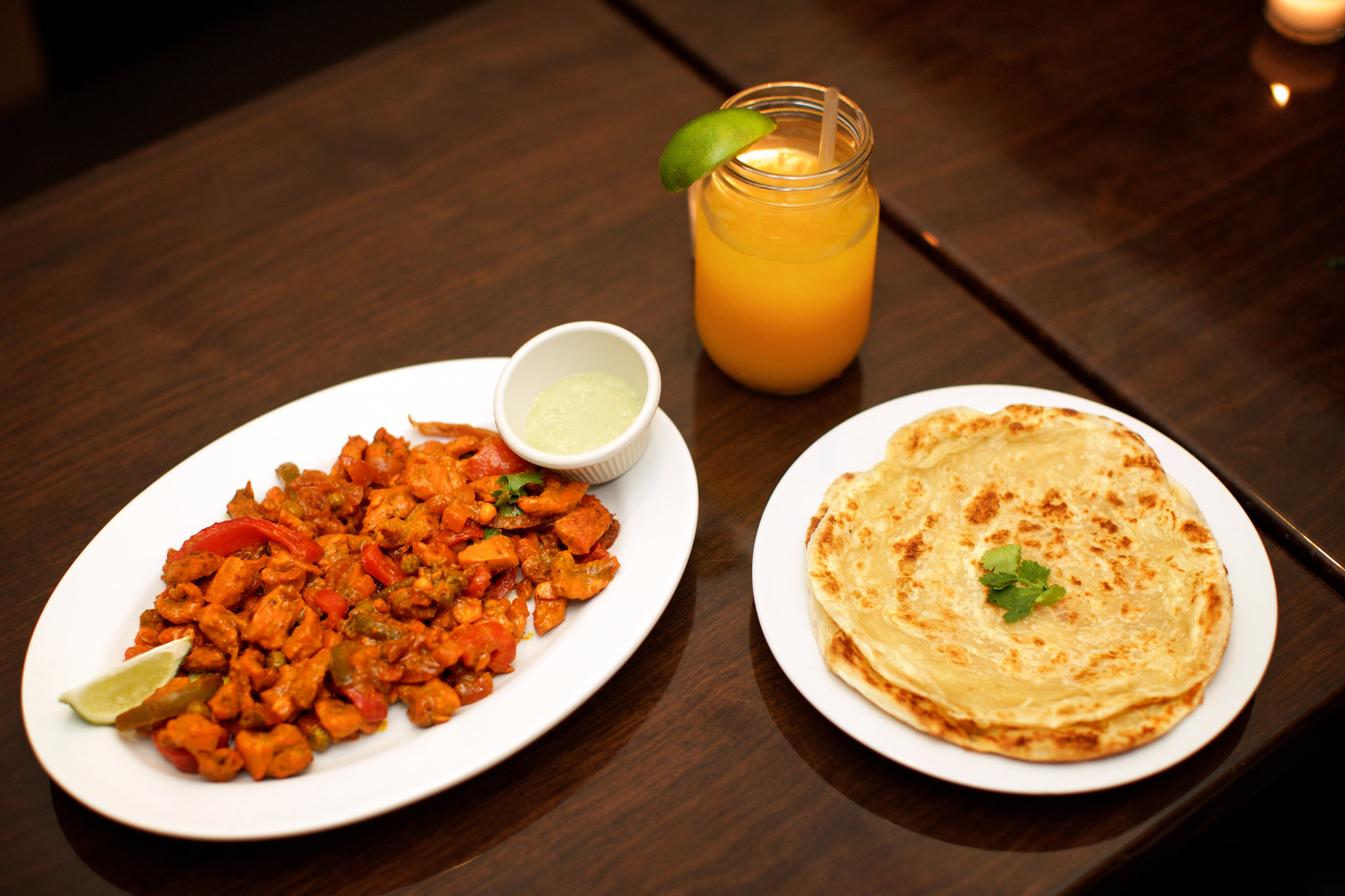 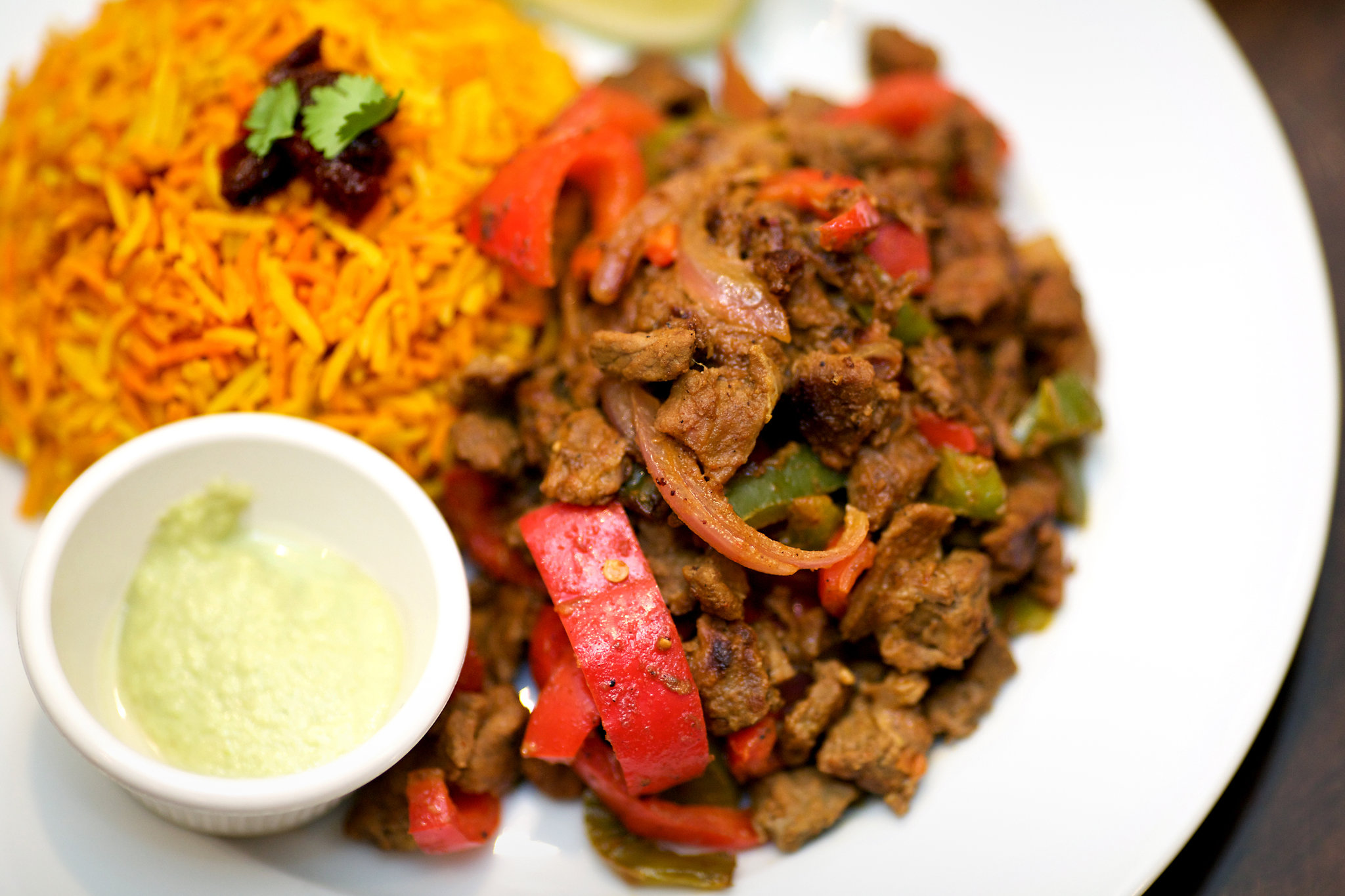 Shakib Farah’s cooking really shines in the main courses: goat, which lies atop buttery basmati rice (you can sub in pasta), is soft and dissolves with every bite in hilib ari, described on the menu as the “most popular Somali dish.” Chicken Fantastic is a creamy chicken stew that tastes like the best school lunch imaginable. But the real standout is busketti, beef simmered in a rich spiced sauce and served with that silky smooth spaghetti and rice. Save space, too, for malab iyo malawax, sweet crepes soaked in honey and dusted with cinnamon, and a mug of steaming qaxwo, pungent black coffee spiked with ginger. 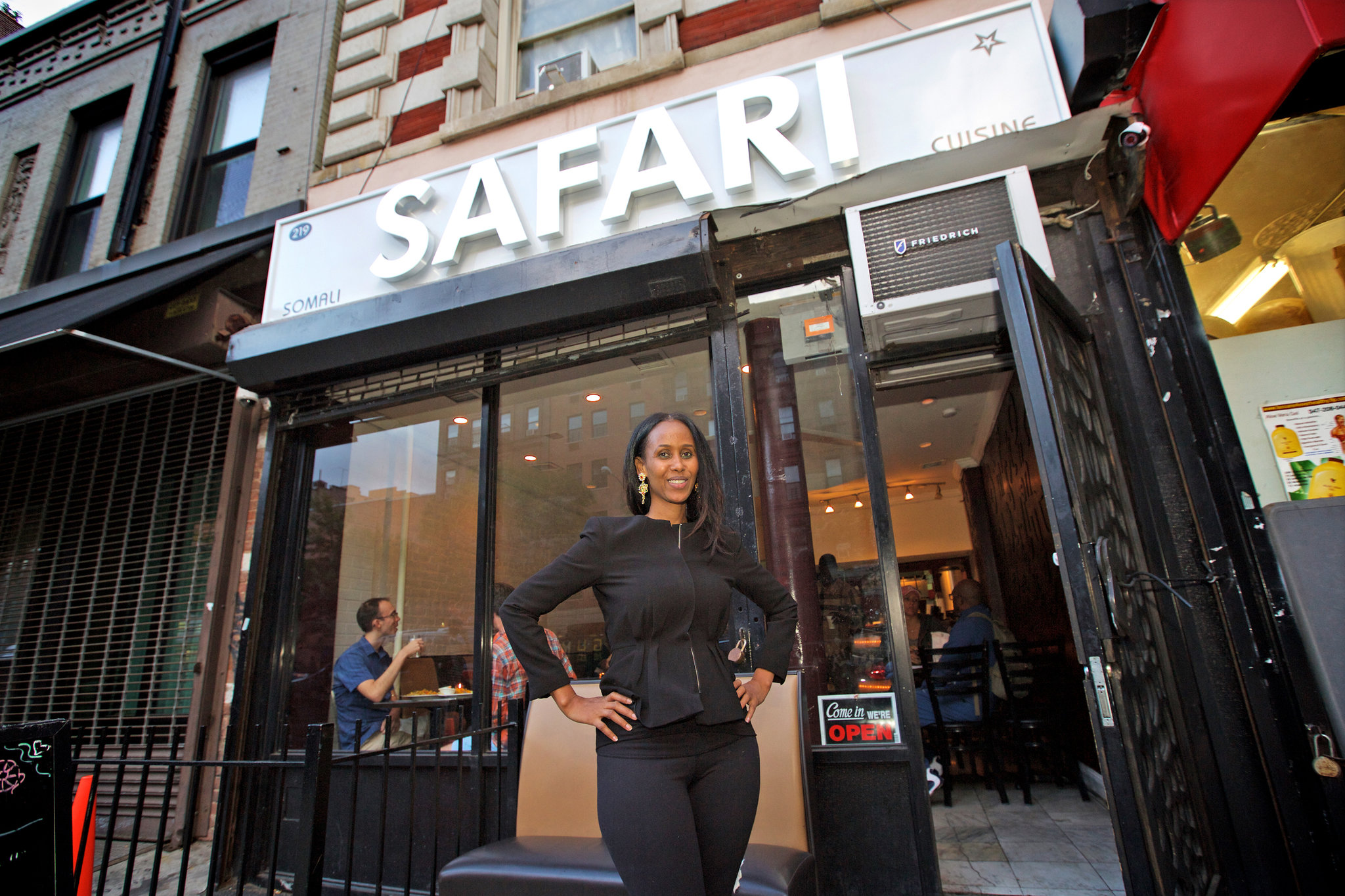 The owner, Maymuuna Birjeeb, has decorated the restaurant sparsely but tastefully. Wooden wall carvings recall Somalia’s discarded national alphabet, and Farah can be watched at work through a small window. The other night, a Somali-American from out of town said, “My family is from Somaliland originally”—the breakaway republic in the north—“but I hate when people call it that. We’re the same people!” As she spoke, she responded to a Snapchat of a gazelle her sister had sent from Hargeisa, the republic’s capital. Then she looked around approvingly, dipped a sambusa into a puddle of bizbaz, and observed, “We don’t have anything like this in D.C.” (Entrées $15-$18.) ♦

This article appears in other versions of the September 4, 2017, issue, with the headline “Safari.”
Source: The New Yorker