At Hoyo’s Kitchen, Angie Sharkey says she likes a little of everything.

Sharkey, who came with two colleagues from the Columbus Metropolitan Library, says they’re regulars here. When owner Abdilahi Hassan comes around to take her order, she tells him, “Surprise me.”

Tucked into a nondescript Cleveland Avenue strip mall, between an Irish pub and “Waterbeds and Stuff,” Hoyo’s Kitchen has the curious honor of being the city’s only “fast casual” Somali restaurant.

In fact, it’s one of the few Somali restaurants here at all – surprising for the city with the second-largest population of Somali refugees in the country.

In the three years since it opened, though, Hoyo’s already earned a devoted following in Columbus – and expanded a lot of appetites. The food website Eater recently called Hoyo’s one of the “Midwest’s 38 Essential Restaurants.” It was the only Columbus establishment to even make the list.

Over the past decade and a half, tens of thousands of Somali refugees settled in Columbus, mostly on the city’s North Side. Hassan, 29, is one of them, after moving with his family to Columbus from the D.C. area 14 years ago.

But food’s always been on his mind. 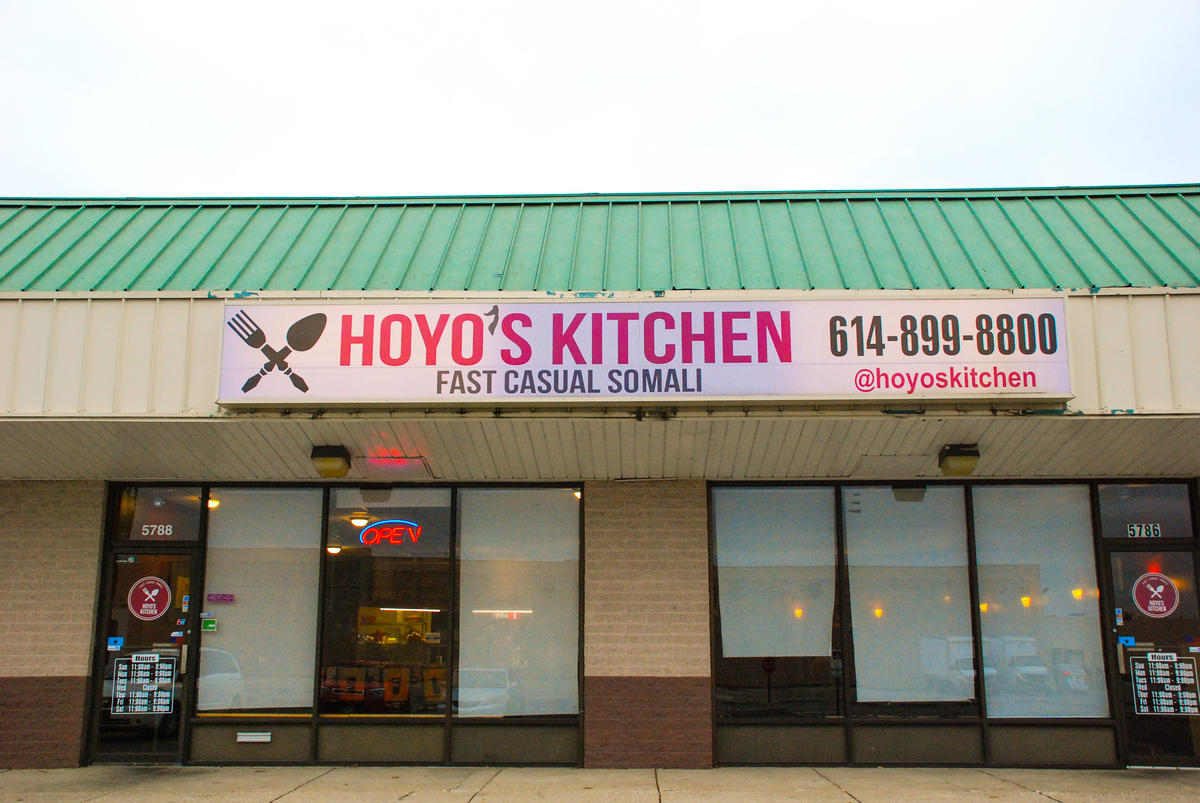 Hoyo’s Kitchen was named one of the 38 essential restaurants of the Midwest by the food website Eater.
CREDIT GABE ROSENBERG / WOSU

“I love my mother’s cooking,” Hassan says. “I grew up basically hyping my mom up. Every time she would make something different, I’d be like, ‘Yeah, if only you’d open up a restaurant, people would be flocking.'”

After graduating from Ohio State in 2014, Hassan convinced his mother to open a restaurant with him. Quickly, it became a family endeavor.

“Everyone from my nieces and nephews to my grandparents jumped into the kitchen when we really need them,” Hassan says. “From the very beginning, this was an homage to my mother’s kitchen.”

Just after the lunch rush, Hassan’s mother Hayat Dalmar, 56, is back in the kitchen. She pulls from the oven a large pot of rice, bright orange from the spices.

“I brought my kitchen from my house to this restaurant,” Dalmar says, laughing. 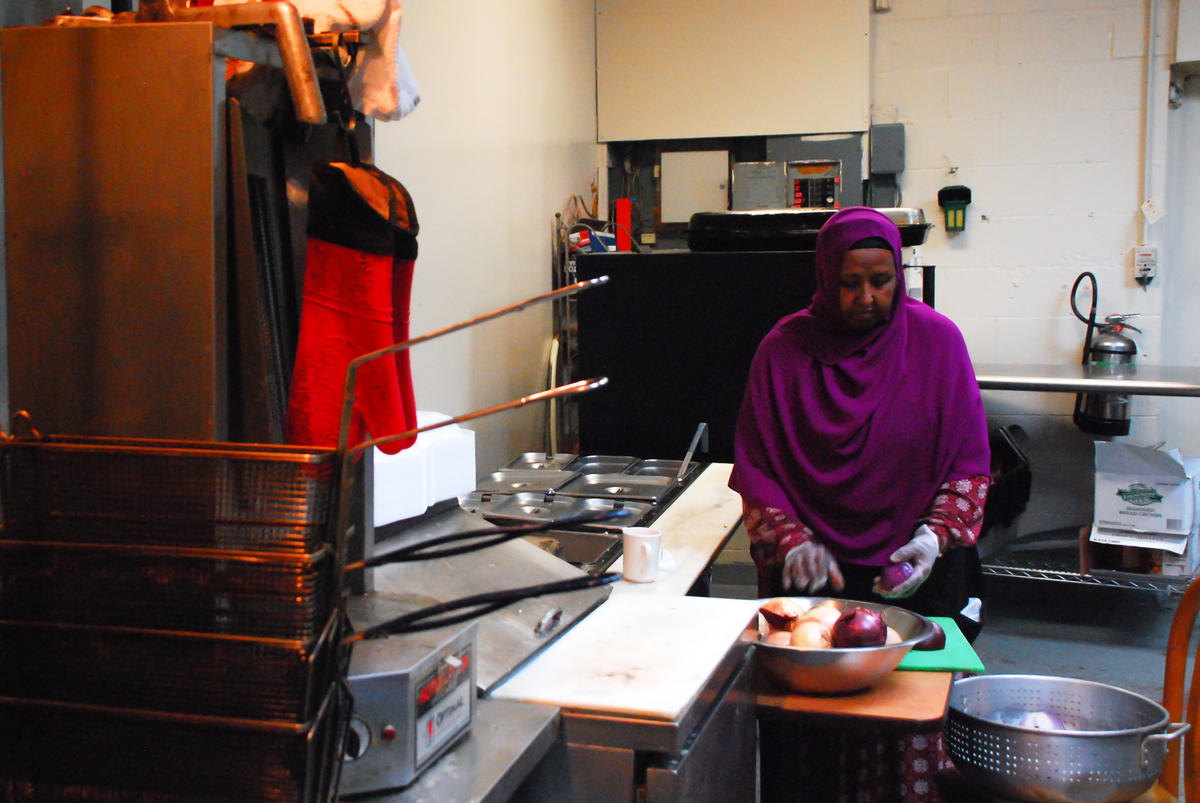 Of all her dishes – goat, chicken, chai – she says rice is by far her favorite to cook.

“I like rice because my mother, she used to be a great cooker and I think I took it from her, and I have the passion,” Dalmar says. “I like to make rice.”

“There’s a lot of people that are scared of Somali food,” he says. “Or just scared of trying something different.”

But a lot of Somali food might be more familiar than people think. Hassan explains Somali food is an “organic fusion,” combining flavors from Indian, Middle Eastern and East African cuisines. Dishes like chabatti, a flat bread, or ugali, a sort of corn porridge, have versions all over the world.

Hoyo’s Kitchen serves a Somali chai tea, flavored with cardamom, cloves, cinnamon and nutmeg, spicier than the kind served in most coffee shops. And they’re well-known for their sambusas, the Somali version of an Indian samosa: fried and triangular-shaped pastries.

“Everybody loves sambusa,” Hassan says. “That’s like our gateway drug. That’s our gateway into Somali food.”

The main difference between sambusas and samosas, Hassan says, is beef.

“Somalis are meat eaters, so ours has meat in it,” he says. “We don’t mess with veggies.” 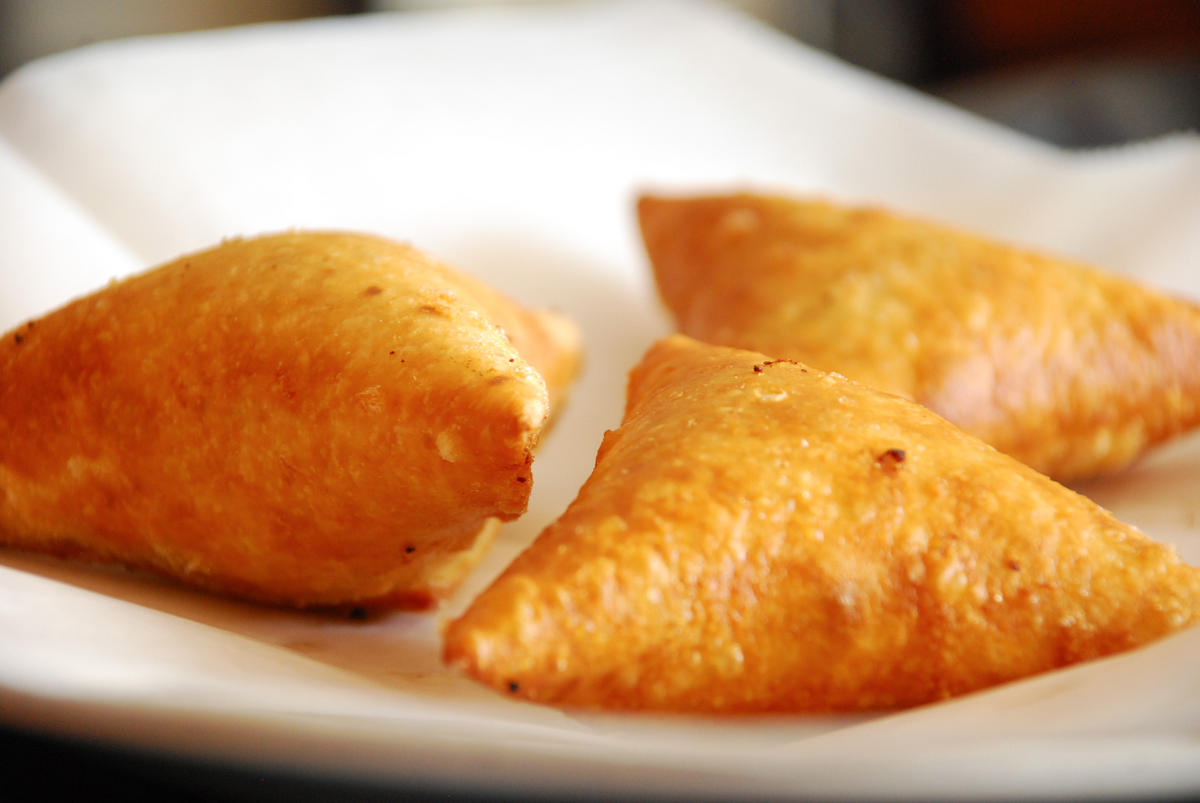 Hassan says Sambusas, the Somali version of the Indian samosa, are the “gateway to Somali food.”
CREDIT GABE ROSENBERG / WOSU

Around Columbus, Hassan has graduated from hyping his mother’s food to hyping Somali food in general. He wants Hoyo’s Kitchen to be a sort of ambassador, which is also why he embraced the label of “fast casual.”

Columbus boasts a glut of “fast casual” restaurants, which split the difference between fast food and casual dining. Chipotle is the most famous, but Columbus has plenty of local “fast casual” chains like Fusian, 6-1-Pho and Bibibop.

“I’m a student of the game,” Hassan says. “You know, I studied the industry.”

By breaking down Somali dishes into parts, Hassan hopes to make it more approachable – for white people, for African-Americans, and just for everyone who hasn’t encountered this particular cuisine. They’ve made headway on that part, something Hassan credits to Columbus Food Adventures, which brings a tour by every Friday night.

Hassan, though, has big ideas for what Hoyo’s Kitchen could be.

“We want to be the bridge between our Somali community and the larger American population,” Hassan says.