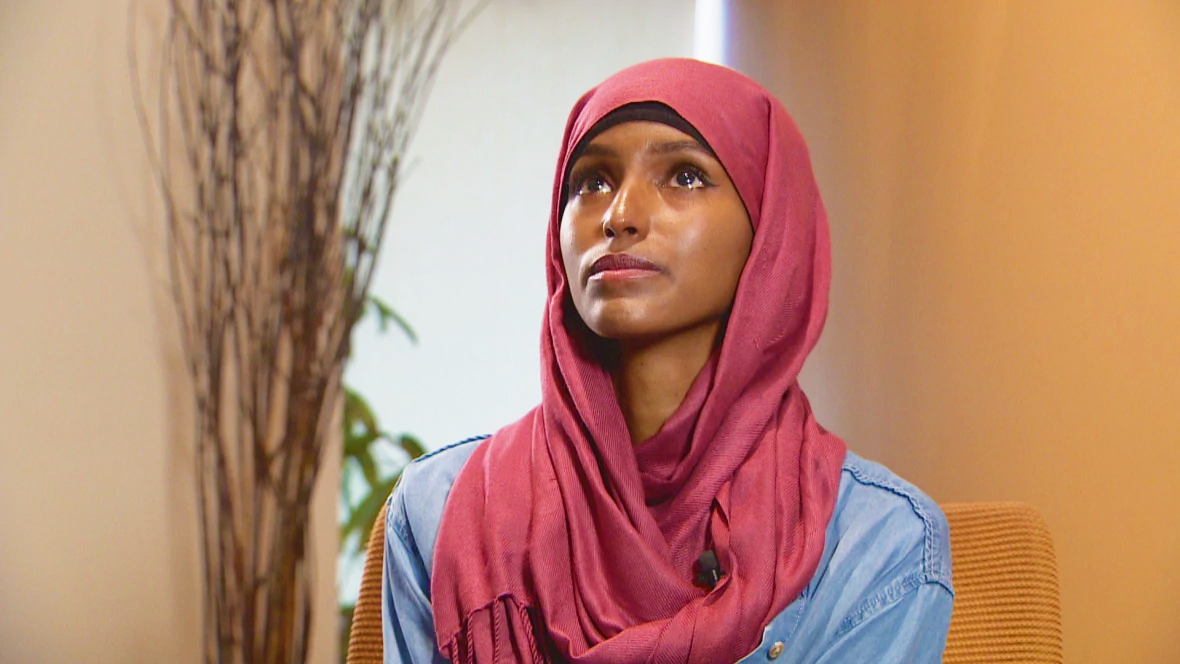 Husky Energy is investigating after three Edmonton residents who were fired from a maintenance project in Lloydminster launched a human rights complaint against a contractor over incidents of alleged Islamophobia.

Rashid said two men berated her for wearing a hijab and told her to take off her “hoodie.” One of those workers allegedly told her that “there are people who feel uncomfortable” about her hijab. 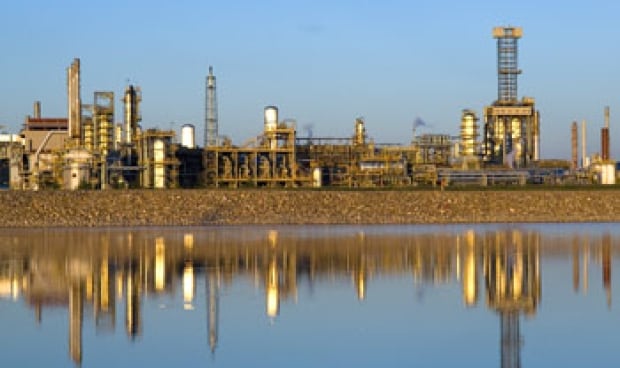 The incidents are said to have occurred at Husky Energy’s upgrader in Lloydminster, which straddles the Alberta-Saskatchewan border, on May 31 and June 3, the same day the trio were dismissed from Newcart Contracting Ltd.

“I was shocked, because usually in a situation like that you fire the person who was the one who was being the bully,” said Rashid, who works as a safety checker in the oilsands during the summer to cover living costs and student loans at York University in Toronto.

‘Given the seriousness of these allegations, we will be investigating.’ – Husky Energy

She said when she was hired, supervisors voluntarily told her neither Newcart nor Husky had an issue with her hijab.

On Tuesday, Rashid and her former co-workers filed complaints with the Alberta Human Rights Commission. They’ve also complained to Husky.

But those actions won’t solve their immediate concerns. Rashid fears she could lose her home in Toronto, and might not be able to return to university this year.

“Losing this job derailed my life and possibly my future,” she said.

Shortly after CBC News contacted Husky about the case, the energy giant launched an investigation.

“Given the seriousness of these allegations, we will be investigating with the contractor to ensure all of Husky’s policies and procedures were being followed,” wrote spokesperson Mel Duvall.

Husky requires all contractors to comply with its workplace diversity policy, he said, noting that the Lloydminster maintenance project is now ending and all temporary contractors are leaving the site.

Rashid recalled feeling stunned and hurt when she realized an Islamophobic tirade from a colleague on the other side of the trailer was aimed at her.

‘You’re seriously telling me in 2017 he doesn’t know what a Muslim female looks like’ – Amino Rashid, dismissed worker

“He shouted from the other side of the room ‘Hey you,'” said Rashid, who had been chatting with other colleagues at the time of the incident. “My hijab he referred to it as a hoodie. He said that if he doesn’t get to wear a hoodie then I’m not allowed to wear it either. And I told him it’s not a hoodie, it’s a religious head scarf.”

After she reported it, she said the man continued to harass her.

Three days later, she said another worker told her to “take that thing” off her head because “there are people who feel uncomfortable.”

She said he became angry when she defended her rights, putting his hand on her shoulder and saying, “this is the way things are done around here.” 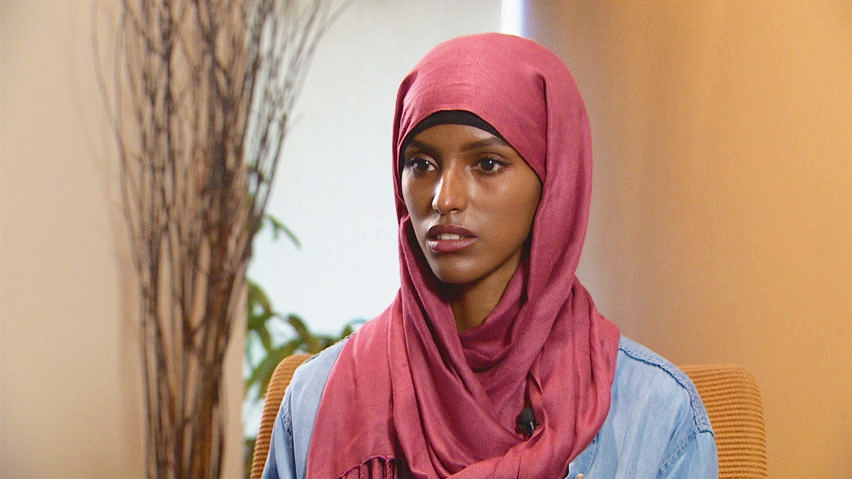 ‘He said that if he doesn’t get to wear a hoodie, then I’m not allowed to wear it either’

‘He said that if he doesn’t get to wear a hoodie, then I’m not allowed to wear it either’1:49

“I wanted to just go home and cry,” said Rashid. “For somebody to just be so disrespectful and not even care at all, it’s inhumane.”

But what came next shocked her even more.

Rashid and her colleagues confronted Newcart managers about their dismissal and told them they were recording audio of it.

“We’re starting to cut back on people,” said a supervisor on the recording. “It was randomly selected that it turned out to be you guys.”

Rashid pressed him: “Did you just throw all the names in a basket and just pull out names?”

But when Rashid continued to question him, he tried to shut down the meeting

“This conversation’s over. You were eligible for re-employment for the next shutdown but because of how you’re acting now, you’re not. So what Chad said was about hoodies and he didn’t realize—”

The women cut him off, objecting to the use of the word hoodie.

“And he didn’t realize that,” the manager said.

“He knows what it is, he’s just being ignorant,” said Rashid. “You’re seriously telling me in 2017 he doesn’t know what a Muslim female looks like?”

Newcart, a company with operations across Western Canada, declined CBC’s interview request but provided a statement, noting more than 30 per cent of its workforce is born outside Canada.

“Newcart is proud to offer a safe, inclusive employment experience for all our employees regardless of race, gender, creed or culture,” the statement reads in part.

‘I wish I could just put them in my shoes and show them how it feels for something like that to happen to you’
– Amino Rashid, dismissed worker
Newcart said it couldn’t comment on its employees, citing internal policy and privacy legislation, but said it abides by rules and decisions of the Alberta Labour Relations Board.

After Rashid shared her story, she was angered to learn her family members had also faced discrimination on oilsands worksites, but didn’t feel they could speak up.

She said companies need to address racial and religious divides through education, and respond swiftly to hate-based incidents to send a message it won’t be tolerated.

“I wish I could just put them in my shoes and show them how it feels for something like that to happen to you,” said Rashid. “That’s why I’m speaking up right now because it’s wrong and I’m not going to tolerate it.”